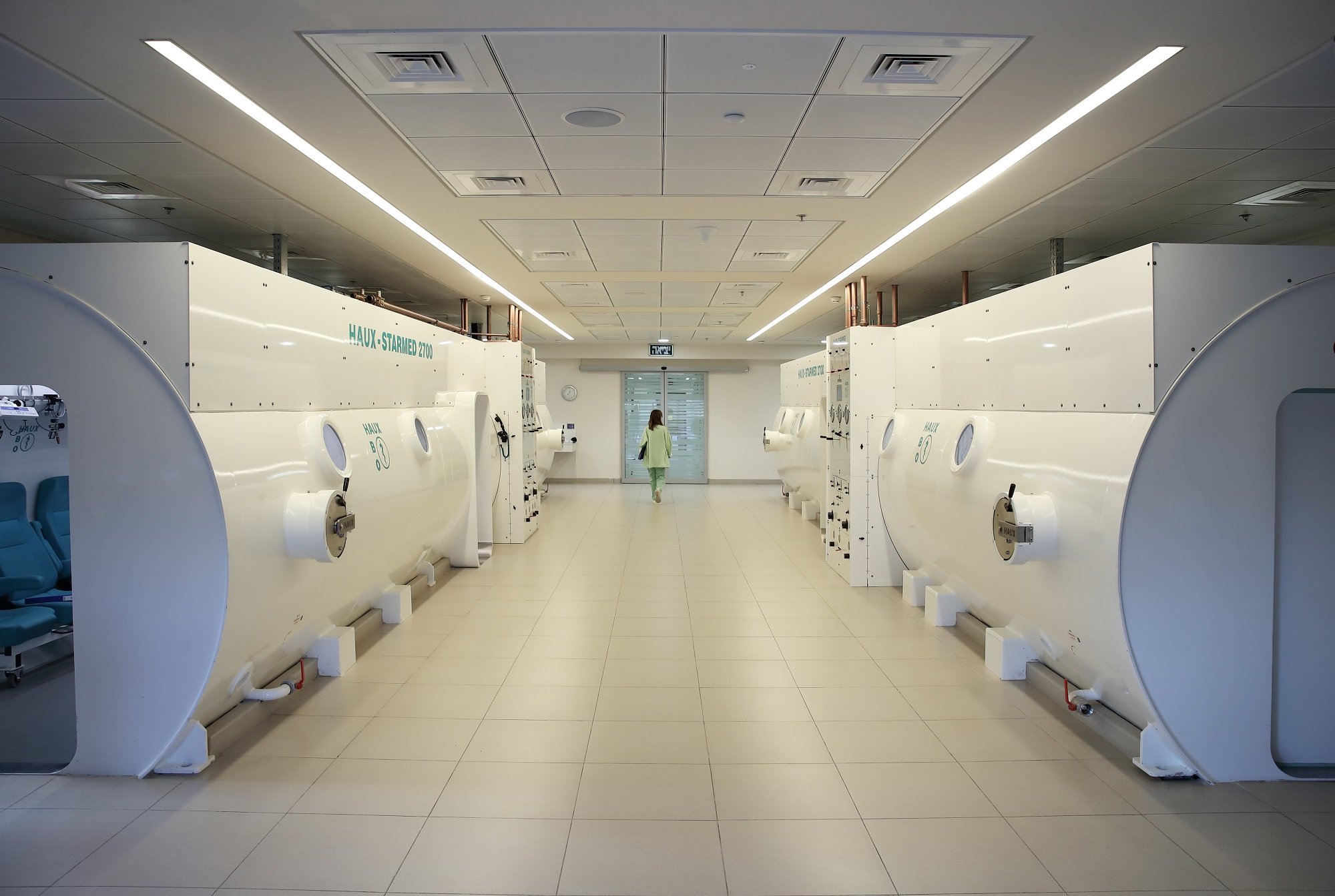 What Is A Hyperbaric Oxygen Chamber Used For?

Why do you need to know about it?

This Israeli study highlighted the use of hyperbaric oxygen chamber therapy specifically for brain aging.  If you Google the term, you’ll find a great deal of information on the internet about HBOT.  Indeed, HBOT has been used for a variety of health conditions over some time.  However, there are clear differences in the chambers offered and the methodologies used.  You will also find some celebrity testimonials.

Justin Bieber spoke about his experience in a hyperbaric oxygen chamber in his YouTube documentary series “Seasons.”  the media were quick to report on this. Bieber opened up about how his childhood anxiety had triggered an addiction to weed, as well as lean (a liquid opioid) and pills.

He said that since getting sober, he was diagnosed with anxiety, chronic mono, as well as Lyme disease. All these can cause lethargy, anxiety, and heart palpitations. Bieber explained that he was treating his anxiety with a mix of accepted and alternative treatments. This included sleeping in a hyperbaric oxygen chamber.

While Bieber spoke positively about HBOT, not everyone was convinced. 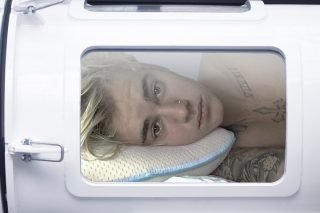 There was some debate in media reports around the efficacy of HBOT for anxiety treatment. And while there is not one specific conclusive study on the use of HBOT  for clinical depression, there are over 250 related studies in this area. This included a study that showed HBOT can significantly improve nerve function and activities of daily living in patients with ISCI. Neither psychotherapy nor routine rehabilitation therapy could substitute for this.

Hyperbaric oxygen therapy has been scientifically proven to help with other serious health issues. Not least of which is the latest scientifically peer-reviewed study on reversing the aging brain.

According to Johns Hopkins,  a trusted medical source,  HBOT was first used in the U.S. in the early 20th century. “This was when Orville Cunningham used pure oxygen to successfully treat someone dying from the flu. He developed a hyperbaric chamber, but dismantled it after his use of the therapy for other conditions failed.”

The therapy was tried again in the 1940s. The U.S. Navy used hyperbaric oxygen to treat deep-sea divers who had decompression sickness. By the 1960s, the therapy was also used to combat carbon monoxide poisoning.

A wide range of people are treated in these chambers

Today, it’s still used to treat decompression sickness, but it’s also been approved for more than a dozen conditions.  Here are  some of the conditions treated by HBOT:

In the US,  Medicare, Medicaid,  and many insurance companies will cover hyperbaric oxygen therapy for these conditions.

How does HBOT work?

HBOT helps wound healing by bringing oxygen-rich plasma to tissue starved for oxygen. HBOT aims to break the cycle of swelling, oxygen starvation, and tissue death. It prevents”reperfusion injury.”  Blood supply returns to the tissues after they have been deprived of oxygen. HBOT also encourages the body’s oxygen radical scavengers to seek out the problem molecules and allow healing to continue.

The therapy is used to help block the action of harmful bacteria and strengthen the body’s immune system.  According to Science Direct, the anti-inflammation property of HBOT have demonstrated that they may play a significant role in decreasing tissue damage and infection expansion. HBOT can be considered a suitable procedure.

Several medical centers are even using the chambers to treat patients who are HIV positive.

HBOT is highly effective in wound care because it encourages the formation of new collagen, connective tissue and new skin cells. It does so by encouraging new blood vessel formation. It also stimulates cells to produce certain substances, like vascular endothelial growth factor. These attract and stimulate endothelial cells necessary for healing. This makes it particularly effective in wound care.

Not all hyperbaric oxygen chambers are however the same.  Technology is constantly evolving and becoming more sophisticated. Treatment protocols will also differ depending on the health condition. 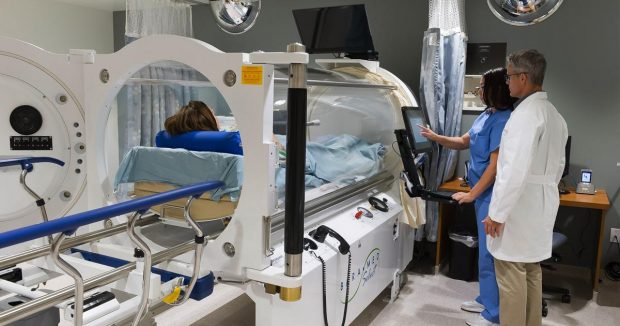 According to Johns Hopkins, there are 2 types of chambers:

What happens during HBOT?

Importantly, only a healthcare provider should prescribe hyperbaric oxygen therapy. A number of hospitals offer treatments in hyperbaric oxygen chambers. People relax, sit, or lie comfortably in these chambers and take deep breaths in sessions that last up to 2 hours.

A patient’s ears may feel plugged as the pressure is raised.  Blood carries extra oxygen throughout the body, infusing injured tissues that need more oxygen so they can begin healing. When a session is complete, a patient may feel lightheaded. Mild side effects include claustrophobia, as well as fatigue, and headaches.

Several sessions may be needed, so patients should check beforehand to see whether their insurance company covers the cost. 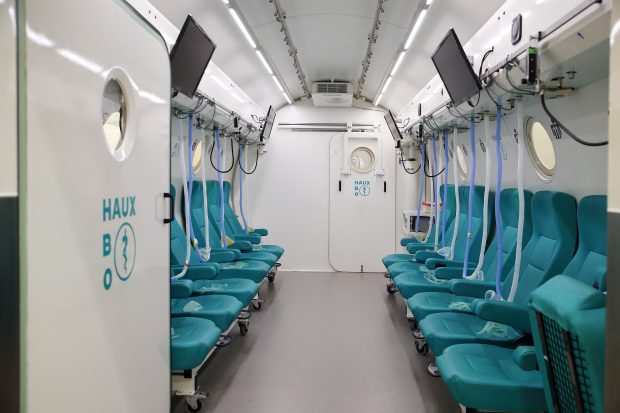 A groundbreaking study by the Sagol Tel Aviv University and The Sagol Center for Hyperbaric Medicine and Research at Shamir Medical Center  has proven that HBOT  can reverse brain aging.

However, enhancing cognitive and physical capabilities under medical supervision cannot be done overnight. Rather, it requires a cumulative and uninterrupted process to achieve maximum success. In this instance, the treatment begins with three days of intensive assessments, identifying a person’s baseline cognitive and physical performance. HBOT sessions will take approximately two hours per day –  five days a week, for 12 weeks.

Hyperbaric oxygen therapy is a groundbreaking medical therapy with many benefits.  It should never be administered on your own or without consulting medical personnel. 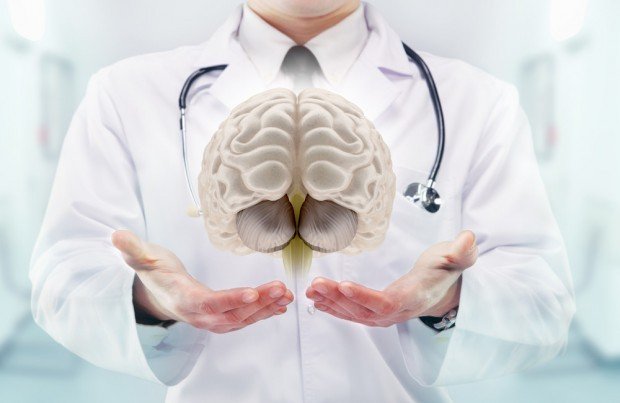 Hyperbaric oxygen therapy is also not for everyone. Johns Hopkins reports that HBOT should not be used by people who have had recent ear surgery, ear trauma, a cold, fever, or certain types of lung disease. The most common complication after HBOT is trauma to the middle ear. Other possible complications include eye damage and sinus problems. In rare, severe cases, a person can get oxygen poisoning. This can lead to seizures, fluid in the lungs, lung failure, or other problems.

Considering the possible risks and benefits, the decision to use hyperbaric oxygen therapy must be carefully made after a detailed discussion with your healthcare provider.

The future of HBOT

According to Medical News Today, supporters  have been calling for HBOT to become a mainstream treatment for a wider range of conditions.   Many would like to see HBOT to receive  FDA approval as an alternative therapy for autism, attention deficit hyperactivity disorder, better known as ADHD, cerebral palsy, post-traumatic stress disorder (PTSD), and others.