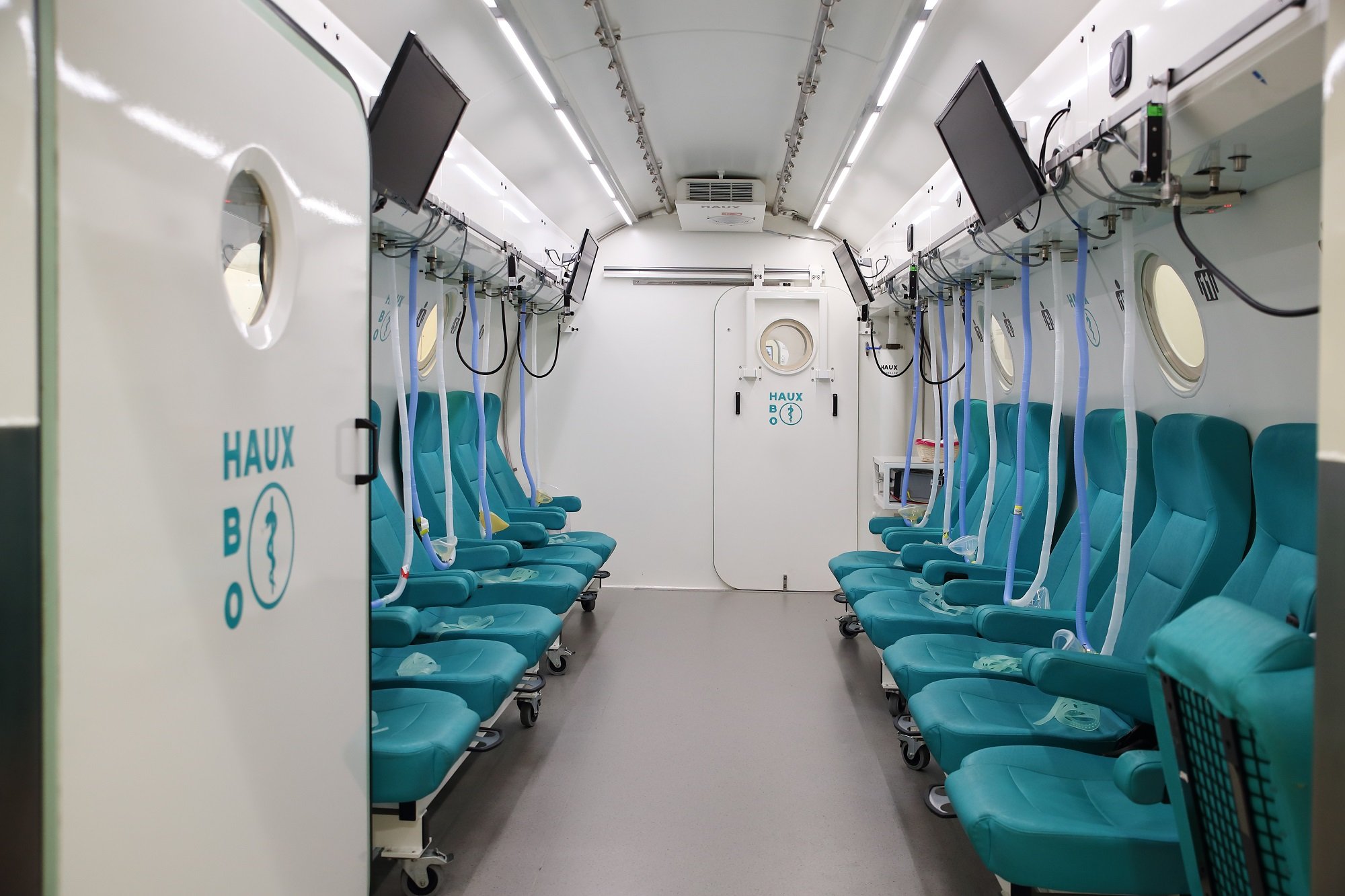 A new study published today in the peer-reviewed journal Aging is a breakthrough in therapies to  improve brain aging. The research is the first to show enhanced brain function and improved cognitive capabilities resulting from novel Hyperbaric Oxygen Therapy (HBOT)  treatment.

TEL AVIV – July 15, 2020 – The Sagol Center for Hyperbaric Medicine and Research at Shamir Medical Center, and Tel Aviv University today announced that, for the first time in humans, a peer-reviewed study has demonstrated that hyperbaric oxygen therapy (HBOT) can significantly enhance the cognitive performance of healthy older adults.

The main areas of improvement were attention, information processing speed and executive function. This is in addition to global cognitive function, all of which typically declines with age. Moreover, there was a significant correlation between the cognitive changes and improved cerebral blood flow in specific brain locations.

Professor Shai Efrati and Dr. Amir Hadanny designed the study based on a unique HBOT protocol developed at the Sagol Center over the past 10 years. The randomized controlled clinical trial included 63 healthy adults (>64) who underwent either HBOT(n=33) or a control period (n=30) for three months. The study’s primary endpoint included a change in general cognitive function. This was measured by a standardized comprehensive battery of computerized cognitive assessments before and after the intervention or control. Cerebral blood flow (CBF) was evaluated by a novel magnetic resonance imaging technique for brain perfusion.

Can we stop or even reverse age related decline?

“Age-related cognitive and functional decline has become a significant concern in the Western world. Major research efforts around the world are focused on improving the cognitive performance of the so-called ‘normal’ aging population,” said Prof. Efrati, Medical Director of the Sagol Center for Hyperbaric Medicine and Research. “In our study, for the first time in humans, we have found an effective and safe medical intervention that can address this unwanted consequence of our age-related deterioration.” 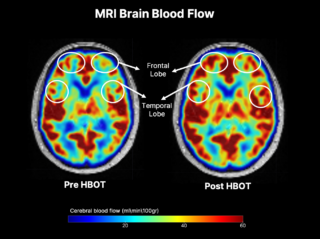 “Over years of research, we have developed an advanced understanding of HBOT’s ability to restore brain function. In the past, we have demonstrated HBOT’s potential to improve/treat brain injuries such as stroke, traumatic brain injury and anoxic brain injury (due to sustained lack of oxygen supply) by increasing brain blood flow and metabolism,” explained Amir Hadanny, MD, Chief Research Officer of The Sagol Center for Hyperbaric Medicine and Research and author of the aging study. “This landmark research could have a far-reaching impact on the way we view the aging process and the ability to treat its symptoms.”

During HBOT, the patient breathes in pure oxygen in a pressurized chamber where the air pressure is increased to twice that of normal air. This process increases oxygen solubility in the blood that travels throughout the body. The added oxygen stimulates the release of growth factors and stem cells, which promote healing. HBOT has been applied worldwide mostly to treat chronic non-healing wounds. 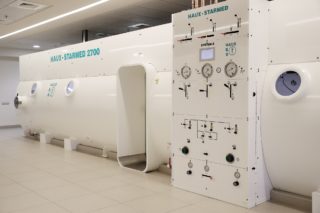 There is a growing body of evidence on the regenerative effects of HBOT. Sagol Center researchers have demonstrated that the combined action of delivering high levels of oxygen (hyperoxia) and pressure (hyperbaric environment), leads to significant improvement in tissue oxygenation while targeting both oxygen and pressure sensitive genes, resulting in restored and enhanced tissue metabolism. Moreover, these targeted genes induce stem cell proliferation, reduce inflammation and induce generation of new blood vessels and tissue repair mechanisms.

“The occlusion of small blood vessels, similar to the occlusions which may develop in the pipes of an ‘aging’ home, is a dominant element in the human aging process. This led us to speculate that HBOT may affect brain performance of the aging population,” Prof. Efrati explained. “We found that HBOT induced a significant increase in brain blood flow, which correlated with cognitive improvement, confirming our theory. One can conjecture that similar beneficial effects of HBOT can be induced in other organs of the aging body. This will be investigated in our upcoming research.” 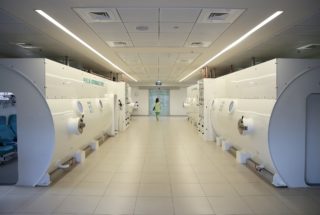 The research group leader, Professor Shai Efrati, who serves as director of The Sagol Center for Hyperbaric Medicine and Research, also disclosed his role with Aviv Scientific LTD, which has developed a comprehensive program that includes HBOT treatment, cognitive and physical training and nutritional coaching, to enhance brain and body performance of aging adults based on the Sagol HBOT protocol at Aviv Clinics. Prof. Efrati serves as Chair of Aviv Scientific’s Medical Advisory Board

About the Sagol Center for Hyperbaric Medicine and Research

The Sagol Center for Hyperbaric Medicine and Research at Shamir Medical Center (formerly Assaf Harofeh Medical Center), is a global leader in advancing the understanding of the impact of hyperbaric medicine on cognitive and physical function. It serves as one of the largest Hyperbaric centers worldwide. The Sagol Center offers highly advanced large multi-place chambers, treating more than 200 patients daily. Research conducted at the Center has proven that brain rejuvenation is possible across a wide range of neurological pathologies and illnesses.

We Speak To The Authors of The Study

We spoke to Professor Shai Efrati from The Sagol Center for Hyperbaric Medicine and Research at Shamir Medical Center, and Tel Aviv University. Both Professor Efrati and Dr.  Amir Hadanny led the peer-reviewed study which demonstrated, for the first time in humans, that hyperbaric oxygen therapy (HBOT) can significantly enhance the cognitive performance of healthy older adults. 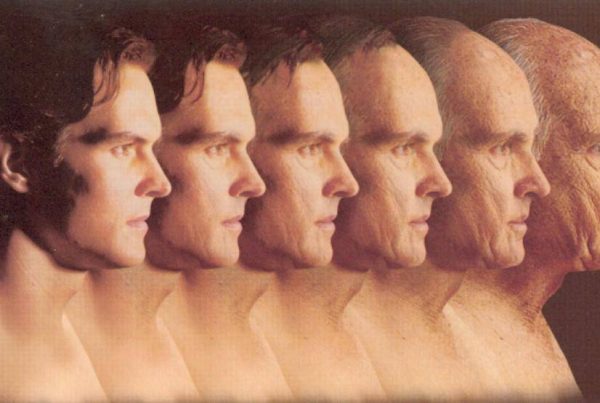 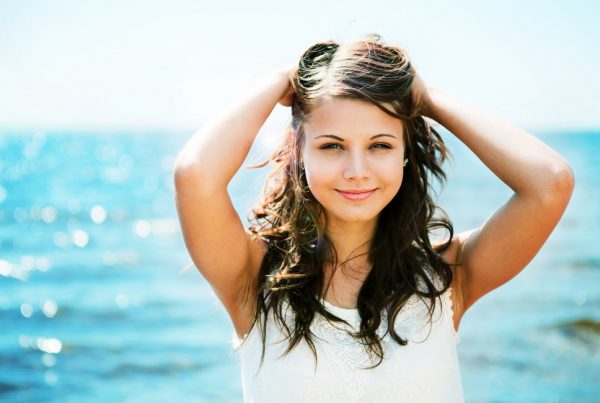