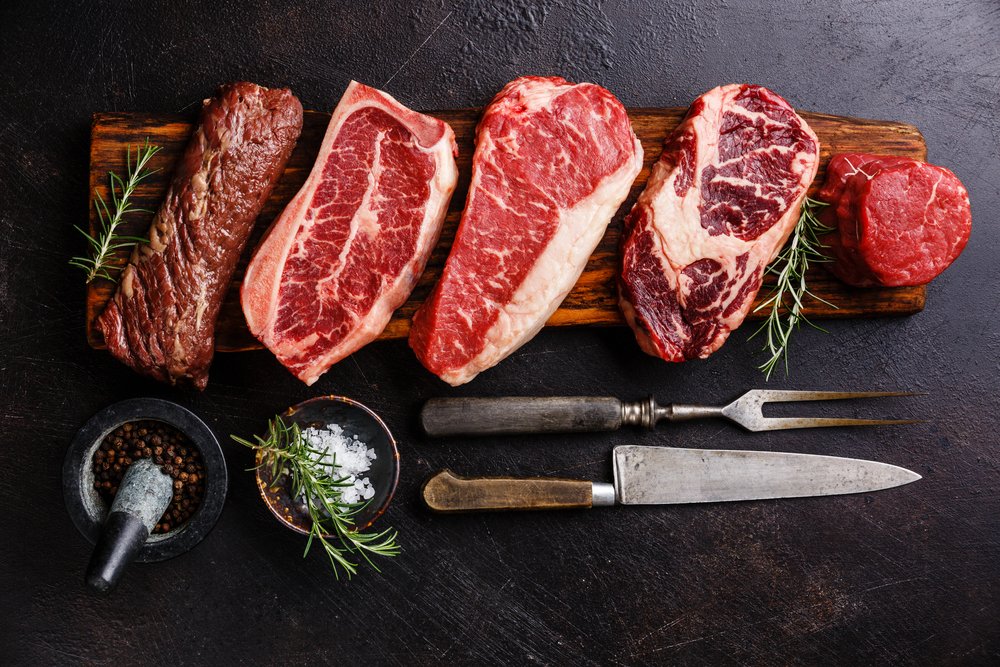 11 Healthy Things That Happen When You Stop Eating Red Meat

The coronavirus pandemic has given each of us a new lease on life. In fact, a lot of us are looking to protect our health as well as ensure our longevity, long after we’ve survived this pandemic. That said, many are re-examining their choices and the impact of said choices on their health. Considering the fact that the average American consumes around 222.2 (100.8 kilos) pounds of red meat per year, one has to wonder what effect this dietary habit has on their health.

As much as you love cutting up and digging into a thick, juicy steak, you probably shouldn’t be. By now, you’re likely aware of the effects that red meat consumption has on our health, as well as our environment. The good news is, it’s never too late to make a change, and if you needed any more convincing, here’s everything that you can expect your body to experience when you decide to cut back on your love of steaks and cheeseburgers.

Inflammation is a biological response that is supposed to help as well as protect your body’s tissue from harm. Unfortunately, lifestyle choices can cause chronic inflammation, which increases the risk of heart attacks, strokes, diabetes, and autoimmune diseases, among other conditions. 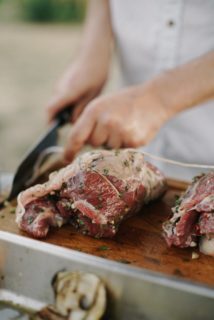 Photo by Max Delsid on Unsplash

In regards to red meat, a study published in the journal Nutrition found that vegetarians have less inflammation in the body than meat-eaters. This may be due to the fact that plant-based diets are high in antioxidants and fiber – both of which contain anti-inflammatory properties.

2. Your gut microbiome will thank you

Your gut microbiome refers to the trillions of microorganisms living in your gut that play a pivotal role in your overall health. They can influence your mental and immune health, as well as help to reduce your risk for chronic diseases.

Like many things, your gut health is influenced by diet and if you’re a regular meat-eater, you may be putting your gut microbiome through a lot (2).

Eating red meat causes your gut bacteria to create TMAO (trimethylamine oxide). TMAO is quite toxic at high levels, as it can increase cholesterol levels, which then increases the risk of cardiovascular disease. That said, research has found that plant-based eaters make little or no TMAO after eating a meal containing meat because they have a different gut microbiome.

If you’re worried about your gut health, you’ll be happy to know that it only takes a few days for your gut bacteria to change after you’ve cut out animal products (3).

In 2015, the World Health Organization (WHO) classified red meat as a possible carcinogen, meaning it could possibly cause cancer. They were working off of a published report that contained studies that had been done over the past 20 years. 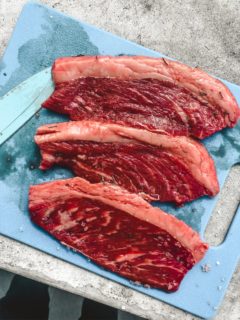 Photo by Mel Elías on Unsplash

The report concluded that the consumption of processed meat was classified as carcinogenic and red meat as probably carcinogenic. Processed meat includes meat that has been transformed through salting, curing, fermentation, smoking, or other processes to enhance flavor or improve preservation. Examples of such meats include sausages, ham, hot dogs, and canned meats.

What does other research say?

A 2019 study published in the International Journal of Epidemiology revealed that eating an average of 76 grams (about 2.6 ounces) of red or processed meat a day was associated with a 20% higher chance of developing colorectal cancer.

Additionally, a separate study found in the International Journal of Cancer shared that red meat consumption was found to increase the risk of invasive breast cancer, while poultry was found to reduce the risk.

4. Your cholesterol levels may drop

High levels of LDL cholesterol in your blood can cause the buildup of plaque in artery walls, and this can increase the risk for heart disease, heart attack, and stroke.

5. You’ll reduce your risk for Alzheimer’s

Around 50 million are battling with Alzheimer’s and red meat may play a role.

Red meat is rich in iron and a study published in the British Medical Journal suggested that excessive iron accumulation in the brain can trigger the development of Alzheimer’s. If you’re concerned about your Alzheimer’s risk, consider these lifestyle changes. 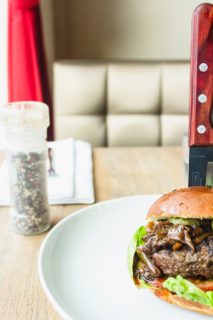 For instance, a study published in the  Journal of General Internal Medicine found that people on a vegetarian diet lost more weight than those on a non-vegetarian diet and that vegans shed more pounds than people who still ate eggs and dairy products.

Heart disease is the leading cause of death worldwide and this is largely due to our dietary habits. Red meat has been linked to increased blood pressure and cholesterol levels so it’s safe to say that it’s not the healthiest food for your heart.

For instance, a study published in Nature Medicine found that eating red meat delivers L-carnitine to bacteria that live in the human gut, and this triggers the production of trimethylamine-N-oxide (TMAO). TMAO has been shown to speed up the hardening and thickening of artery walls, which in turn causes heart problems.

Additionally, a much more recent study published in the European Heart Journal confirmed these findings by revealing that participants who ate red meat had blood levels of TMAO that were three times higher than when they were on diets based on either white meat or non-meat protein sources.

Foods such as red meat can affect the bod’s production of insulin, leading to insulin resistance which we know is a contributing factor for the development of diabetes.

The Seventh Day Adventists in the Loma Linda area are a group of people that live America’s Blue Zone region who follow a largely vegetarian diet. Blue Zones are five areas across the globe virtually free of disease and with numerous healthy residents that were living to age 100 and beyond.

A study published in Diabetes Care found that omnivores in the Adventist population have double the rate of diabetes compared with vegans.
Additionally, a separate study found linked the increased intake of red meat intake by more than just half a serving per day to a 48% increased risk of diabetes over 4 years. 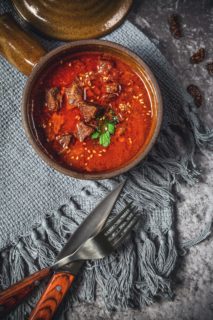 Photo by Ting Tian on Unsplash

Your kidneys act as the body’s personal detox system so it’s important to keep them healthy as kidney damage is often irreversible.

A  study published in the Journal of the American Society of Nephrology found that individuals that had kidney failure were in the upper percentages for red meat consumption.

Additionally, research found that plant-based diets help to lengthen telomeres – the caps at the end of chromosomes that help to keep DNA stable, causing cells and tissue to age more slowly.

It’s not just your health that will benefit when you cut back on steak and cheeseburgers. You’ll be happy to know that you’ll also be doing the planet a huge favor.

Around 51% of global greenhouse gas emissions are caused by animal agriculture, and animal agriculture also contributes to world hunger as the majority of crops grown worldwide go toward feeding livestock, not feeding people. Furthermore, animal agriculture also places strain on our water resources as beef requires approximately 20 times more water per calorie than crops like cereals and starchy roots. In fact, the water footprint for beef is six times larger than that needed to produce protein-rich beans, chickpeas, as well as lentils, and peas.

The welfare of the animals is also a concern as some industrially-farmed pigs and cows spend the last months of their lives in horrible conditions. If you still want to continue to eat red meat, it’s important to choose pasture-raised meat from ethical suppliers. 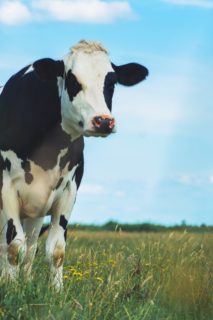 Side-effects of cutting out red meat

It should be noted that once you cut back on your intake of red meat, your muscles may take longer to recover after a workout and your taste buds may change.

This is because protein is essential for muscle recovery after a workout, but plant protein can still get the job done, it’ll just take a little longer.

Regarding your changing taste buds, zinc (commonly found in beef) can affect your sense of taste and smell and if you notice any sensitivity of the taste buds, then you may not be getting enough zinc. You can choose to take supplements or opt for zinc-rich foods like whole grains, tofu, tempeh, legumes, nuts and seeds, as well as fortified breakfast cereals, and dairy products.

Nuts, beans, legumes, and soy are each great sources of plant-based protein. Additionally, you can also opt for fish and even plant-based options that mimic the taste and texture of the meat can help to provide you with your protein intake.
In fact, these options are taking over the market, however, there are concerns about which of these options are truly ‘healthy’ for us to be eating regularly. 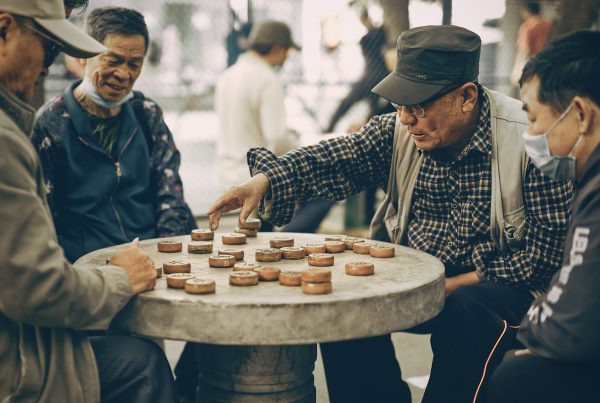 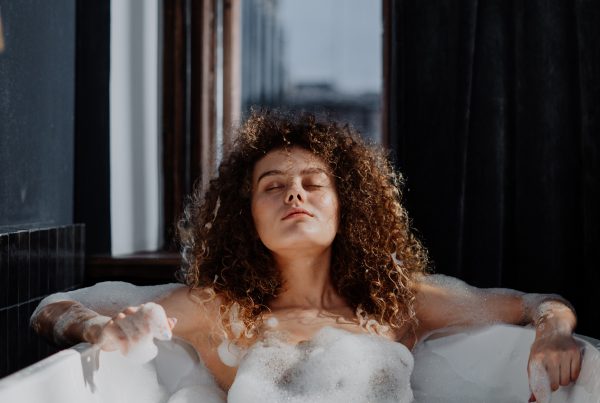 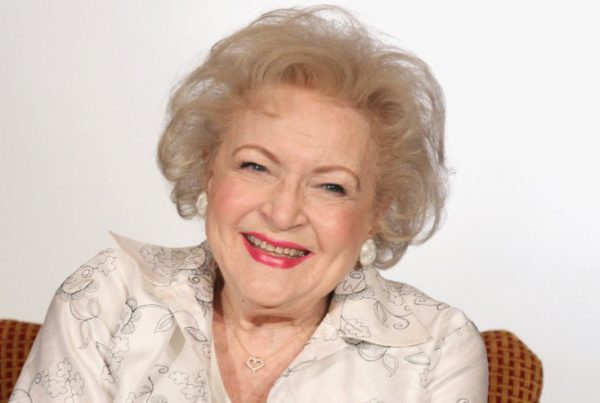