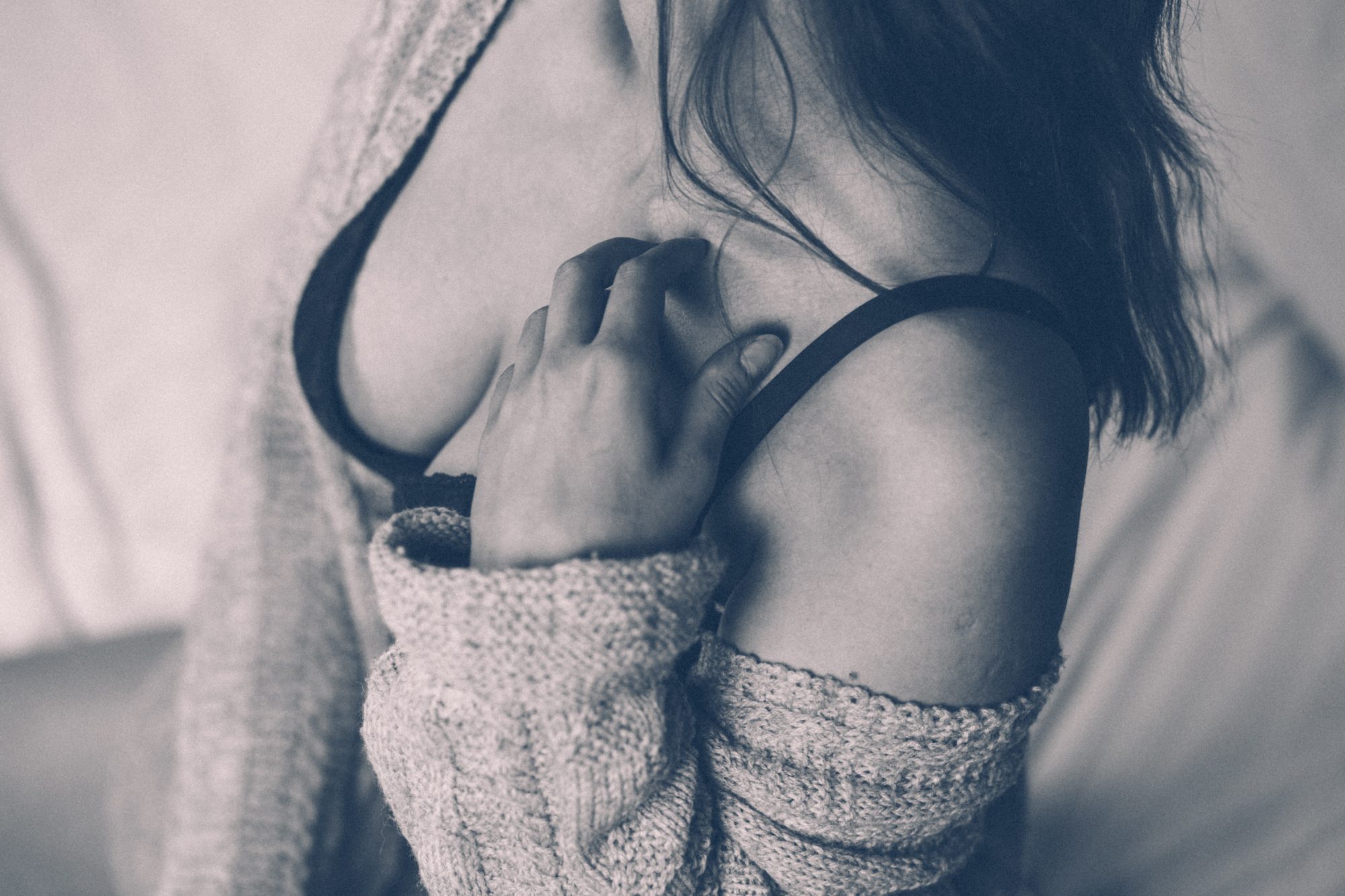 My Breast Implants Made Me Sick – Real Life Story

This is my story on how my breast implants made me sick. I can still remember, looking up at my uncle when I was a little girl, as he looked down at me and told me that I looked like a little boy. I was so crushed in that moment. I had never thought about how I looked until that point. It wasn’t the first time I heard this. It stuck with me. Even now, at 33 years old, I can vividly see that moment and hear those words. That definitely seeded the beginnings of my body insecurities. I didn’t want to look like a boy, I wanted to look like a girl. I was a girl, after all!

Unfortunately, as I grew older and hit puberty virtually everything but my breasts. This left me feeling as if I looked like a tomboy. I strongly associated visible, larger breasts with looking like a girl, as simple as that. I was 30A size, and at the time even Victoria Secret didn’t have a bra for me! At 17, I was groomed and subsequently sexually assaulted by someone I had come to look up to and trust. It might sound odd that I would turn to a breast augmentation after sexual trauma like that. Howevert in my mind, I was targeted and nobody noticed because I was this shy, insecure, quiet, nerdy, “boy looking” girl. Nobody noticed her or offered to help her when the time came around to step forward. In my heart, I felt as if getting implants and having larger breasts would have made me visible.That trauma would not have occurred if I had been noticed by those around me that could have stopped it.

What I thought at the time

I know now that this isn’t realistic, but that is how I thought and felt at the time. In September 2010, to deal with body insecurity and sexual trauma as a minor, I had my breast augmentation. This brought me to a 32DD. I learned about the banning of silicone implants that was lifted in 2006 and my thought was that, well, it must be safe if it’s back on the market. I researched the limited data available on the internet at the time. The risks focused on things like infection, capsular contracture, rupture, dissatisfaction with appearance or placement, seroma, or re-operating to go larger.

I wasn’t properly informed about the risks of breast implants

I don’t once recall reading or being told anything by the numerous surgeons I consulted with about the possibility of autoimmune conditions, cognitive affects, or any of the more serious things.

The biggest draw about silicone was being told it was gummy bear, so it couldn’t “leak” or change shape if it ruptured. In fact my surgeon basically said that, even though they aren’t lifetime devices, if they never cause you an issue, you never have to have them removed or replaced. He even mentioned a patient that had hers for over 20 years and was still perfectly happy and “looked great.” So, with faith in the FDA & my surgeon, I jumped all in. I wasn’t aware of the high complication rates. The high incidence of subsequent surgeries, or anything else. I also didn’t know that gummy bear still liquify and become a chemically, soupy mess if they rupture just like the old ones did!

I can date that because it was noticeable a little before I became pregnant with my first child. It was overlooked because it seemed like I developed chronic allergies overnight. My nose was running every day, eyes watering and itchy, sneezing, I was congested, and I had trouble swallowing. It always felt like I needed to clear my throat, but nothing was amiss. I went to my doctor and the tests came back negative and they essentially said take an OTC allergy med. I did, and they never helped, so I just lived with it. It stood out because of the trouble swallowing! I figured it would just go away eventually, like most colds do, but these symptoms remained and worsened over time. Other symptoms I attributed to pregnancy, but after I had my babies. The symptoms remained and more continued to pile on. By the time I reached the beginning of 2017,

I had been to the doctor most months, tested over and over with “everything being normal” and essentially sent home being told it was motherhood, stress, allergies, even depression and anxiety. I really didn’t believe I could feel so bad from that, because I never used to feel this bad. I started looking for answers and happened to cross paths with a website called www.HealingBreastImplantillness.com and an associated Facebook support group with 18k women at the time.  It stopped me! I had almost all the symptoms and the information made my heart drop.

What the Doctors Didn’t Say I consulted with doctors and surgeons. All but one vehemently denied it was even possible for breast implants to make you sick.

“They are inert,” is what I was told. Naturally, I didn’t buy in right away that my implants were the issue, because of those medical professionals’ opinions and also because I was fearful of having to address the body insecurities and trauma I now realized I hadn’t fully dealt with. The idea of removing my security blanket was very unnerving for me at the time. I even tried to disprove that it would be my implants, but as I read through the Summary of Safety & Effectiveness Data from the FDA and the Patient Labelling, I realized all the information was there, it was undeniable that implants could be the cause. Even worse was learning about the BIA-ALCL cancer risk! If breast implants can cause cancer they most definitely can cause you to get sick. I booked my explant and capsulectomy surgery for Dec 18, 2017. My husband and family were incredibly supportive, but that’s who they are. Non judgemental.

By the time my surgery arrived I no longer resembled the person I once was. Moreover, in November 2017 I stopped working as an accountant due to my condition and the resulting cognitive decline.

I physically looked sick, I felt sick with 60 symptoms including:

By that point my ONLY fear was dying and leaving my two toddlers and spouse without me. I lost any care for superficial things like breast size or “looking like a boy” and being visible, I just wanted to be alive and have time with the people who mattered most to me. I would sleep from 7 pm until 8 or 9 am, feed my kids meals, and lay on a couch or dose all day long. If I even walked them to the park I needed a nap for several hours to recover. I had no life!

I explanted and within 24 hours my inflammation had noticeably improved. I could breathe better, swallow better, smell better, function cognitively better, my joint pain had improved, the nausea and headaches became less severe and frequent as well. I’m now over 6 months post explant and 33 of 60 symptoms are gone, the other 27 are all improved in severity and frequency. My doctor finally believed me as she saw the changes. I was able to be referred to an immunologist and Director of Rheumatology at U of A (Dr. Tervaert), who not only believed me after the fact, but diagnosed me with ASIA (autoimmune-inflammatory syndrome induced by adjuvant) and RADS (reactive airway dysfunction syndrome). He was open that implants cause some women serious health consequences and confirmed that explant was the right decision, otherwise they would have been lethal to me. All my tests for allergies, autoimmune and inflammatory markers came back 100% negative except for one with silicone; it was off the charts sky-high. I developed a serious allergy due to chronic exposure from my breast implants. I am undergoing a very natural treatment protocol but my immunologist feels I will heal to near 100% within 2-3 years of being explanted. I’m merely supporting nutrition, probiotics and vitamin supplementation. Today I am more me than I have been in years. My low point was being so sick I could barely care for my kids and fearing death. My high point is being back to me, laughing again, living again and having more time. I love my natural itty bitty boobies. They aren’t horrific or disfigured at all.  They look like natural boobs with a few extra battle scars from surgery. I’ve gained body confidence for the first time in my LIFE. My emotional trauma wounds are still healing, but i’M ON the right track. I have even documented my story and shared my experience www.biiaware.com

My advice to women: request full FDA documents like Patient Labelling AND SSED and read them in their entirety. Understand the ingredients of your implants and really consider whether the risk of becoming chronically ill or developing cancer as a result of your breast implants is worth it. Do your research AND look for the downside, be thorough so you are truly informed and can decide for yourself if the benefits outweigh the risks. Remember YOU are the only one that has your best interests at heart, PERIOD. Your body confidence comes from within and not from without.

Who is the writer?

This story was shared with Longevity by Carlyn, the 33 year old founder of BII Aware (Breast Implant Illness Awareness platform). She is a wife, mother of 2, and small business owner, as well as a small business accountant & consulting recruitment advisor. Being an avid horse enthusiast, aspiring yogi, whole body wellness & health conscious mom focused on living her best life healing from Breast Implant Illness, she is practicing unconditional self love and empowering women to be their own advocates as informed decision makers.

Want to find out more?

Click on the link to discover how breast implants degrade chemically and wear out, eventually releasing their content into your body and leading to autoimmune disease. 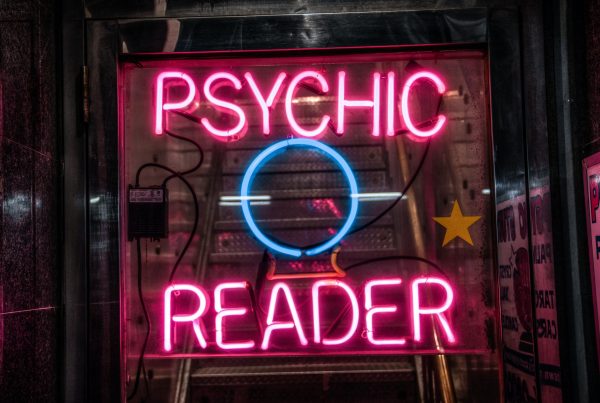 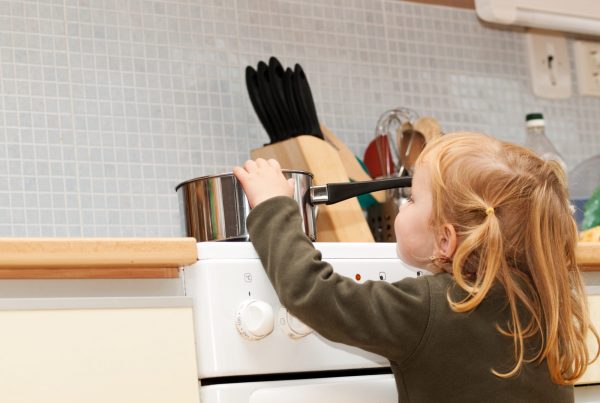 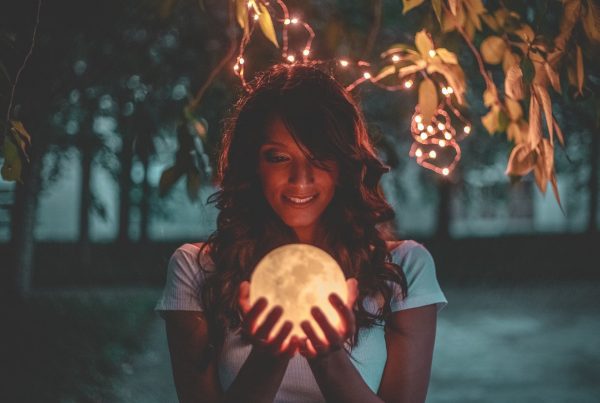