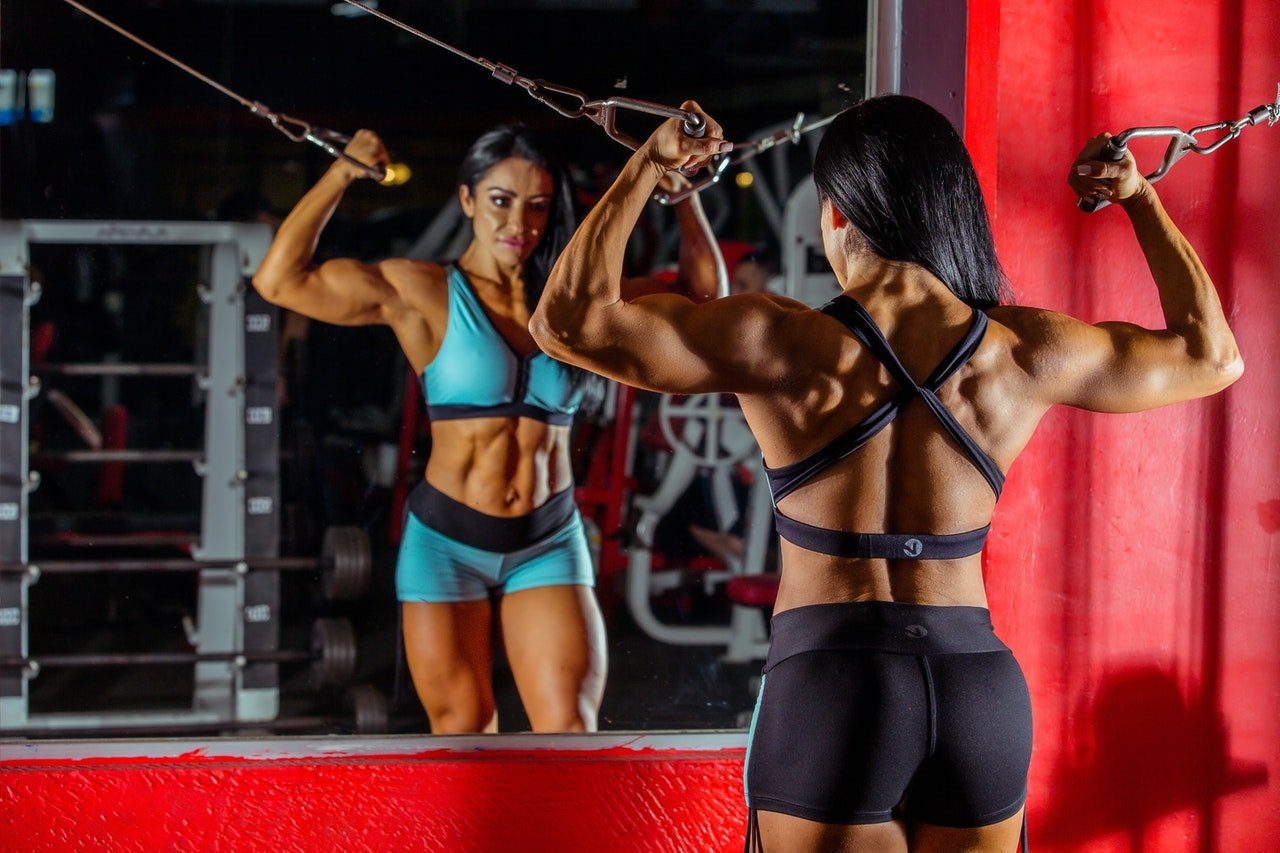 Creatine: Beneficial Or A Bad Idea?

It’s best known for its use as a performance-enhancing supplement, but what actually is creatine, and how does it work? We all want to improve our physical performance when exercising, but it seems that creatine does more than just that. It seems to provide other health benefits too, even protecting against neurological diseases. Could it be worth including a creatine supplement in your diet? 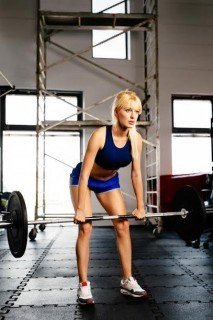 It’s actually a natural substance that is found in muscle cells. Creatine is what helps the muscles produce energy during heavy lifting or exertion. Taking it as a supplement is most popular with people like athletes and bodybuilders. They use it to aid in gaining muscle and enhancing both strength and performance. Its chemical makeup is very similar to that of amino acids. In fact, the body produces it using amino acids “glycine and arginine”.

There are lots of factors that have an effect on the body’s ability to store and produce creatine. The most prominent of these factors are meat intake, exercise, muscle mass, and hormone levels. Most of the creatine in your body (around 95%) is stored in the muscles in the form of phosphocreatine. The remaining 5% is found in other parts of the body including the brain, kidneys, and liver.

Including supplements in your diet will help the body store creatine in the form of phosphocreatine. Phosphocreatine is essentially just stored energy. It sits in the muscle cells and helps the body to produce a high-energy molecule called ATP. The simplest way to describe ATP is as the body’s energy. The more ATP you have, the better the body performs during physical exertion.

How can it help to improve physical performance?

It helps you gain muscle

The main role of creatine is to build muscle, according to Healthline, it does this through

Some studies have also found that creatine supplements also increase stores of phosphocreatine in the brain. This can help to maintain brain health and even prevent neurological diseases.

Does it boost performance in the gym?

The short answer is yes. One study found that adding a creatine supplement to training programs boosted “strength by 8%, weightlifting performance by 14% and bench press one-rep max by up to 43%”.

In professional athletes, including a creatine supplement in the diet for 28 days increases bicycle sprinting performance by 15% and bench press 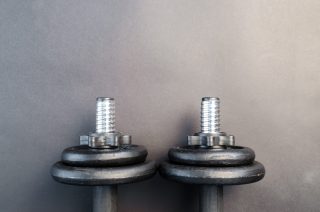 performance by 6%. It also helps to increase and maintain long-term performance in athletes. The amount of muscle mass produced has also increased.

It seems likely that these improvements are due to the fact that creatine helps to increase the production of ATP. Levels of ATP are usually depleted after just 8-10 seconds of high-intensity physical activity. However, the addition of creatine means that the body produces more ATP meaning that optimal performance lasts longer.

However, when used for muscle building, people tend to start with a “loading phase”. During this phase, users tend to take “20–25 grams of creatine every day for about one week”. Only then do they move to the maintenance phase of 3-5 grams daily. The loading phase does make the body increase muscle mass but it also increases water absorption. This often leads to bloating and water-related weight gain.

The brain also stores phosphocreatine and needs ATP to boost performance. Though there do seem to be substantial benefits when it comes to taking creatine supplements. Many of the studies have been performed on animals rather than humans.

According to Healthline, adding a creatine supplement to your daily routine could also help to improve

Taking a daily creatine supplement may also be beneficial for vegetarians as they tend to have lower creatine stores. This is due to the fact that meat is the only natural source of creatine.

When it comes to creatine, it isn’t all good news. In fact, creatine can have some very negative effects on the body. Many people tend to take it as a supplement to help to substantially build muscle. It is especially popular with bodybuilders and teens looking to bulk up. Another major issue is that it’s so easily available and not all sellers are reputable. When you purchase creatine, it’s vital that you make sure you are purchasing it from a reputable source. Mostly, products from non-reputable sources are cheaper but they are also likely to be full of chemical additives and even toxins. 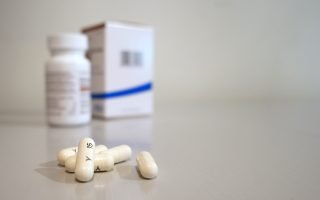 Photo by Julie Viken from Pexels

They may even contain drugs to get the user hooked on using creatine which is only going to cause problems. The problem with most supplements is that they aren’t regulated or checked by any formal body like the FDA. Thus, there aren’t any manufacturing standards that producers of it have to adhere to. This can be very dangerous for the user and means that all the risks of the product are unknown. For instance, some creatine supplements have been found to contain toxic metals which are not what you want to be putting in your body.

Also worth noting is that if you are taking creatine, you shouldn’t be taking ibuprofen. Non-steroidal anti-inflammatories interact negatively with it and can cause kidney problems. If you do want to try taking creatine as a supplement, you should talk to your doctor before doing so. Some other medications that you’re on may also interact negatively with creatine and could cause damage to your body. If you have kidney disease, creatine is not for you. It can also cause kidney disease in people with diabetes. Remember that your body already naturally makes and stores creatine. When you add supplements, the body has to store that too.

One of the major problems with creatine is how easily accessible it is. Many teenagers, specifically boys, are looking to bulk up and boost muscle mass. 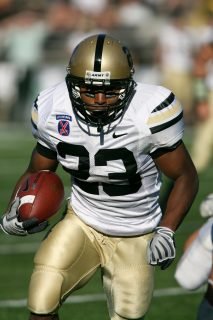 This leads to them making use of creatine supplements. However, creatine is not recommended for those who are younger than 18. It isn’t that fit would cause immediate harm. The problems will generally develop later in life and they are severe.

It can cause liver damage when used for an extended period of time and it can also have a substantial impact on organs’ ability to handle toxins. Anyone under the age of 18 is, for all intents and purposes, a child. When children, who are still growing and developing use creatine it can lead to various bodily dysfunctions and impact how the organs work in the future.

Some studies have shown that men who use creatine supplements for an extended period of time have a higher risk of getting testicular cancer. Unfortunately, the natural components in creatine have similar effects to hormones. They are also, as mentioned above, unchecked by the FDA. Some creatine supplements may contain impurities that are not listed on the product labels which can also lead to interactions with chronic medication.

There has also been evidence that some creatine supplements contain anabolic steroids which are also well known to be potentially cancer-causing. Studies on rats have shown that anabolic steroids cause testicular cancer in rats.

If you want to take creatine supplements, you must make sure that it comes from a reputable source. Because it is a supplement, you can’t rely on the fact that it is checked by bodies like the FDA. Yes, it can be beneficial when taken in small doses. However, if you do want to include creatine supplements in your diet, you should talk to your doctor first.