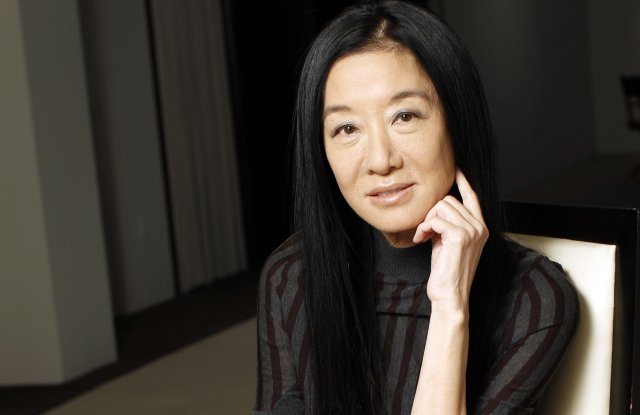 Vera Wang: Anti-Aging Secrets To Staying Fit And Fabulous At 70

Vera Wang is an esteemed designer, best known for her bridal gowns and red carpet dresses. However, the American fashion designer is making headlines for another incredible reason. While spending lockdown in Miami, the 70-year-old innovator has been passing the time posting photos and her followers are completely enamored with how incredible she looks.

From her flawless skin to a body that even a 20-year old would be jealous of, it’s clear that Vera Wang has found the secret to aging gracefully, so how does she do it? Well, one fan posed the question on Instagram, and the wedding dress expert quipped back with an interesting answer: “work, sleep, a vodka cocktail, not much sun”.

Now while we can’t fault the designer for a system that clearly works, Wang also relies on other anti-aging hacks that leave her with flawless skin and a beautifully aging body.

1. Exercise is important – no matter how much she dreads it

While Wang once competed at the 1968 US Figure Skating Championships and only got into fashion after not making the US Olympic team, she once shared that she’s not a fan of exercising. However, times have clearly changed.

Speaking to Harper’s Bazaar for the magazine’s #BazaarHopeAtHome survey of how the fashion community is working through the COVID-19 crisis, the fashion designer revealed that she was quarantined in Miami with her “workday fashion family,”. As a result, she’s not only been reevaluating her eye for fashion, but she’s also been exercising more than usual.

“All of them are extremely fit, which pushed me to ‘work out’ most days,” she shared. So what workouts is she doing to keep up with her fitness-driven staff?

Speaking to Harper’s BAZAAR U.S in 2016, Wang revealed that she does her best to usually lift weights every day, although she doesn’t overdo it. “Not much” she shared, “two pounds and three pounds. It takes me a total of five minutes.” 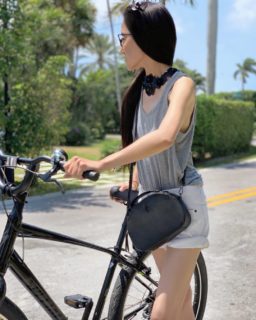 Now, while some women often shy away from lifting weights due to fears over increased muscle mass, lifting weights is a great way to stay fit. It can help to tone the body, boost your metabolism, and even correct your posture.

Additionally, if you look at her Instagram feed, you will also see that Wang is an avid cyclist, both in and outside the house. No wonder she looks so good as regular cycling can help to increase your flexibility, improve your joint mobility, strengthen your bones, and even encourage fat loss.

Speaking to InStyle, while emphasizing her distaste for exercise, Wang also revealed that preferred passive sports, like golf.

“I’m not a huge exercise person, but I love to play golf at Liberty National, in Jersey City, N. J., or at Atlantic Golf Club in the Hamptons if I happen to be out there. I’m terrible but enthusiastic.”

Some may not see golf as an effective exercise, and that cannot be further from the truth. Golf is a great and easy way to stay active, and it also helps to improve your bone health as well as reduce your stress levels.

2. She enjoys a nutritious diet

Wang once shared with Harper’s BAZAAR U.S. that when it came to her diet, she never missed a meal, and she made sure to eat foods that would feed her brain. She also admitted that she prefers to switch it up when it comes to her diet.

With the amazing pieces that she continues to create, it’s clear that the brain foods that Wang includes in her diet are working well. The designer once revealed that her lunchtime meals have consisted of ‘sashimi with brown rice and vegetables, Chinese steamed broccoli with chicken and rice, or the artichoke salad or fish from Sant Ambroeus’.

Sashimi is a Japanese delicacy consisting of various forms of raw fish such as salmon and tuna. Both salmon and tuna are rich in omega fatty acids and these compounds have been found to improve and protect brain health (1). Now you may not be a fan of Japanese delicacies, but you can enjoy salmon in a number of different ways. 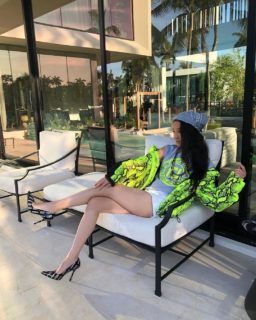 Additionally, broccoli is also a great brain food as it contains vitamin K and choline. Vitamin K, found in other leafy green vegetables such as kale and spinach as well as cabbage, has been found to help to reduce the risk of cognitive decline (2). Choline, found in tofu, mushrooms, and quinoa, can also help maintain brain health as it plays a role in the production of acetylcholine – a neurotransmitter that helps with mental focus and learning.

3. She stays hydrated – and stays away from sodas

The fashion designer to the stars does her best to stay hydrated, and it’s evident by how youthful her skin appears to be. Wang also revealed that she had stopped drinking diet coke six years ago, and it was one of the hardest things that she has ever had to do.

While it’s often touted as a healthier alternative, diet soda can have adverse effects on your health, increasing the risk for both diabetes and heart disease. Therefore, it’s best to take Vera Wang’s lead and give up the soda for plain, old water.

Now while she does follow a healthy diet, Wang doesn’t rule out treats completely. She even gushed about the treats she keeps in her house to Harper’s BAZAAR U.S., sharing that, “We have a candy pantry, a cereal pantry, and a pantry for what I call “orange food”—Cheetos, Pepperidge Farm Goldfish, all kinds of chips.”

Now while a lot of people follow restrictive diets and do their best to stay away from sugary treats, there’s nothing wrong with spoiling your sweet tooth. In fact, occasionally treating yourself can be good for you. For once, it can help to prevent a slow down of your metabolism. Your metabolism may become used to the healthy foods you’re eating and slowdown. Also, an occasional sweet treat can help to reduce your risk of binging when you finally come into contact with something sweet and tasty. 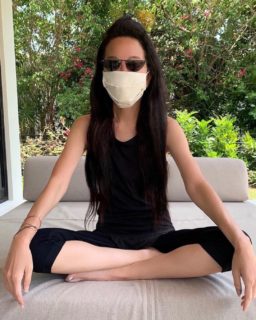 No matter how rich or successful you are, self-care should always be a priority – especially during these times. Wang revealed that taking long baths is a great way for her to unwind,

“My evening really begins when I take a long, hot bath. I light a candle, and I turn on the news and try to catch up.” she shares, “It’s when I can breathe from the day to the night, and that means a lot to me.”

Other self-care ideas for this period can also include journaling and disconnecting for a few hours. You can also try out organizing your space or meditating.

Vera Wang is not the only star whose social media feed is causing a buzz. In fact, Adele’s recent posts have the whole world wondering how she slimmed down. 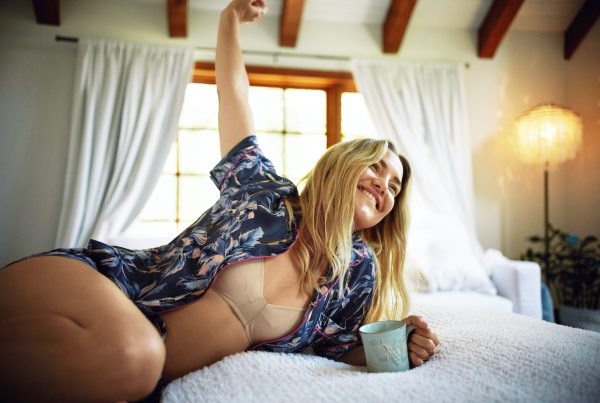 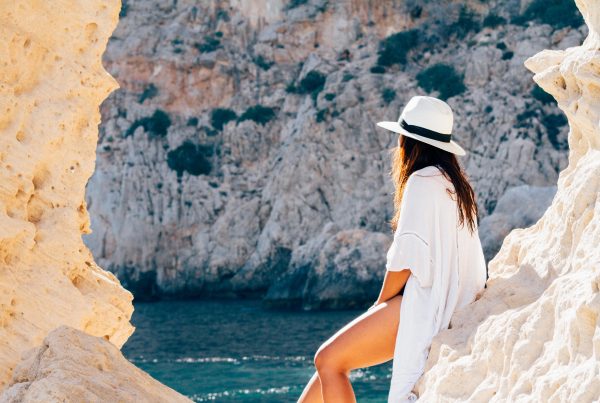 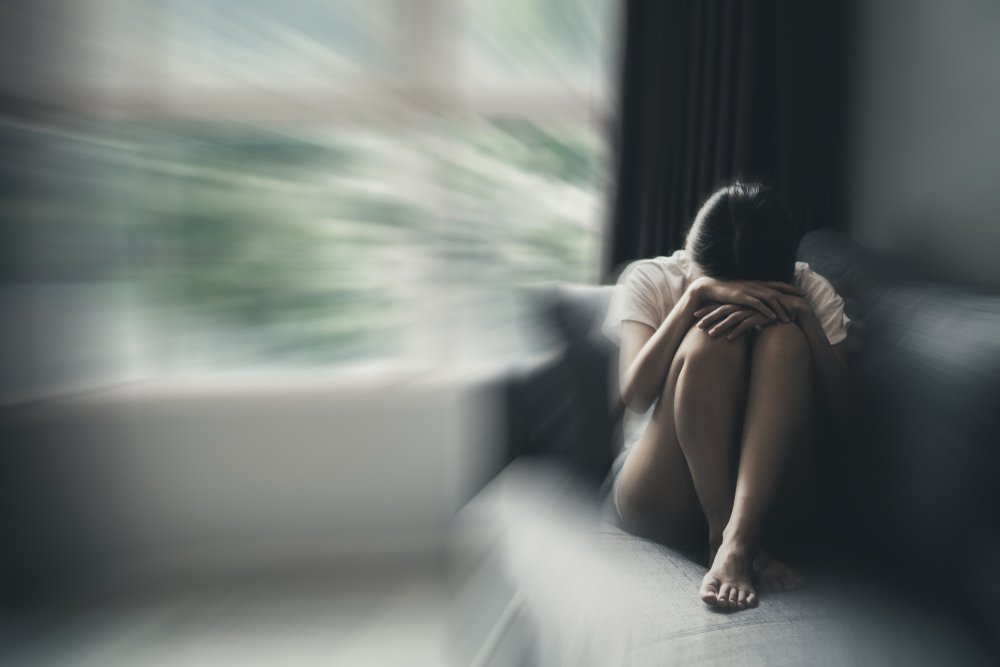