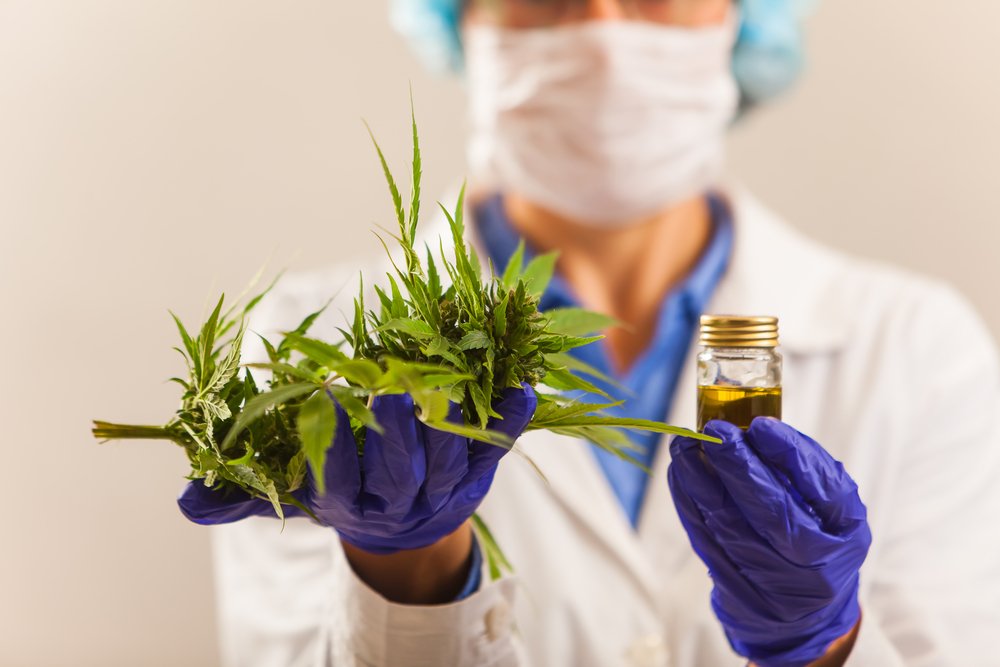 Endocannabinoid System: 12 Ways To Support It Without Cannabis

The word on everybody’s lips is cannabis and generating interest has less to do with its euphoric effects and more with how it provides medicinal and health benefits for the body. In an effort to better understand the secrets behind cannabis’ health effects on the body, scientists soon discovered that the key to this lay in the body’s incredibly vital endocannabinoid system (ECS).

The endocannabinoid system is not just the catalyst behind the benefits of cannabis but it’s also responsible for ensuring that the body constantly maintains homeostasis at a cellular level. Sound complicated? Let’s break it down.

What exactly is the endocannabinoid system?

The endocannabinoid system is a system within the body that works to maintain homeostasis. It is a relatively new system as it was only discovered in 1988. Homeostasis is essentially the human body’s way of keeping its internal environment stable and balanced in order to ensure optimum performance.

The endocannabinoid system helps to regulate a lot of the body’s important functions, such as:

Here are three key aspects of the endocannabinoid system:

In 1992, a team of researchers discovered that the human body makes its own cannabinoids, called endocannabinoids. Found throughout the body, endocannabinoids’ one goal is to help the body maintain homeostasis.

The two main endocannabinoids are anandamide and 2-Arachidonoylglycerol (2-AG). They bind to and activate cannabinoid receptors.

In 1988, a team of researchers discovered the first cannabinoid receptor in the brain of a rat. They found it concentrated in parts of the brain responsible for mental and physiological processes. This receptor became to be known as CB1. Moreover, the group noted that the receptor interacted with the cannabis compound, THC (1). Five years later, a second cannabinoid receptor (later known as CB2) was identified and it exhibited the same reaction to THC as the first receptor.In 1995, these receptors were found in humans.

How does CBD interact with these receptors?

According to a study published in the journal Cerebrum, CBD enhances the capabilities of CB1 and CB2 receptors once it bonds to them. If one is using cannabis for recreational purposes, the THC from the cannabis will attach to the CB1 receptor and this will create a euphoric high synonymous with cannabis use. Once THC is attached to the CB1 receptor, an endocannabinoid called anandamide attaches itself to the same receptor.

Metabolic enzymes are enzymes in the body. They ensure that endocannabinoids are appropriately used and destroyed once they are no longer needed.

The two big enzymes are FAAH, which breaks down anandamide, and MAGL, which breaks down 2-AG. Unfortunately, these enzymes THC as fast as it does the endocannabinoids and this is why THC has such a profound effect on the human body.

An interesting fact about CBD is that it stops the FAAH enzyme from breaking down anandamide, so the anandamide can have more of an impact on the brain. Thus this may be why the benefits of CBD include helping to alleviate symptoms of anxiety (2).

A healthy endocannabinoid system serves to maintain homeostasis in the body. Any imbalance is sure to cause some form of health issue.

If you’re going to restore homeostasis within the body, you must first find out what’s causing the imbalance in the first place.

According to emerging studies, factors that can increase the risk of an endocannabinoid system imbalance include:

Whilst various studies have highlighted CBD’s ability to do this quite effectively, there are other measures one can take to support their endocannabinoid system.

Omega fatty acids are essential for healthy fats. Unfortunately, the body cannot produce on its own so one need’s to consume it through foods or dietary supplements. So what can you eat to ensure a healthy ratio of omega-3 and omega-6 fatty acids in the body? Firstly, one should ensure that their diet isn’t rich in too many omega-6 foods as this can cause inflammation. As we know, high levels of inflammation can raise the risk of inflammatory diseases such as Type II diabetes and inflammatory bowel syndrome. That said, it’s important to balance your intake of omega-3 and omega-6 fatty acids. This can be done by consuming foods such as hemp seeds, flax seeds, walnuts, sardines, krill oil supplements, and pasture-fed eggs.

As previously mentioned, there are factors that can increase the risk of an endocannabinoid system imbalance. These blockers include phthalates and pesticides.

Phthalates are compounds that are regularly added to plastic containers and bottles in order to increase their flexibility, longevity, and durability. Unfortunately, these compounds can hinder the endocannabinoid system thus it’s best to avoid them by opting for glass or stainless steel containers (4).

One should also stay clear of pesticides as, in addition to their various detrimental health effects, these substances can also inhibit the endocannabinoid system so try to choose organic whenever you can.

Tea is rich in catechins, which are antioxidant compounds. The most popular catechin is Epigallocatechin gallate (EGCG) which is quite potent in green tea.

According to a study published in the journal Phytomedicine, the catechins found in tea help enhance the endocannabinoid system by binding to the CB1 receptors found in the central nervous system.

You may want to start your day with a cold shower.

Two separate studies discovered that exposure to the cold helped stimulate the endocannabinoid system by increasing the density of CB1 neurons (5,6).

Still feeling guilty about treating yourself to some organic dark chocolate? There’s no need to be. Not only can dark chocolate provide a variety of health benefits, but it can also support the endocannabinoid system. Listen, if you want to maintain optimum health, then you need to be adopting some form of an active lifestyle.

Athletes and avid runners have often spoken about the runner’s high that they experience after a good run. Whilst many credit this euphoric feeling to your body pumping out endorphins, other researchers believe that it’s really the result of a spike in endocannabinoids in your system.

So what effect does an active lifestyle have on the endocannabinoid system? According to studies, exercising can boost levels of anandamide and it also increases the CB1 receptor sensitivity (7,8).

Gut health is integral to overall health, thus it is likely that it can also influence the endocannabinoid system. If you’re looking to support your gut health, then probiotics are the way to go.

Stress is an aspect of our lives that we cannot accept and it’s something that we all have to deal with now and then. However, chronic stress means elevated levels of the stress hormone, cortisol and this can jeopardize our health. Additionally, high levels of cortisol may also compromise the endocannabinoid system.

According to a study published in the Archives of General Psychiatry, elevated levels of cortisol can suppress CB1 receptors and this can then weaken the endocannabinoid system.

If you want to manage your stress levels, try meditation or tai chi, listen to some music or, if you can, go out and get a massage.

Taking a stroll in the park won’t only bring you closer to nature, but it’ll also boost your vitamin D levels and enhance your endocannabinoid system.

According to experts, spending 15 minutes in the sun daily, whilst wearing sunscreen, encourages nitric oxide activity in the body and this, in turn, boosts levels of 2-AG and also enhances CB1 receptors (9).

As previously mentioned, cannabidiol (CBD) is a phytocannabinoid found in cannabis. Unlike THC, CBD has no psychoactive effect but rather, a wide range of potential medical benefits. Unfortunately, the legalities surrounding CBD oil purchase and application in the United States (and indeed in other countries) are still muddled by a lot of grey area thus, it’s important that you do your research and fact-check before making your purchase of CBD oil.

Echinacea is a herb, available in supplement form, that’s native to Native America that’s been used to alleviate symptoms associated with flu and the common cold.

The herb not only contains phytocannabinoids, but it also provides the body with a dose of alkylamides. According to a study published in the Journal of Biological Chemistry, alkylamides not only increase the effects of endocannabinoids but when they bind to the CB2 receptor, they help to reduce inflammation.

Maintaining homeostasis is the key to the optimal, long-term functionality of your body. That said, the endocannabinoid system is still, in a sense, somewhat of a mystery and researchers are still learning more about it every day. However, whilst they do, you can do your best to ensure homeostasis by adopting the above practices and supporting the important endocannabinoids system. 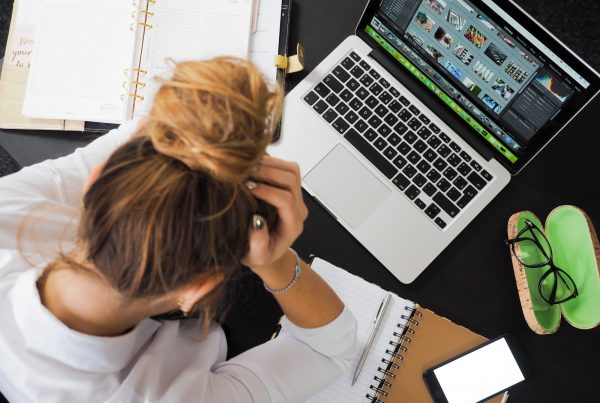 Do You Have COVID-19 Burnout? Here’s What To Do 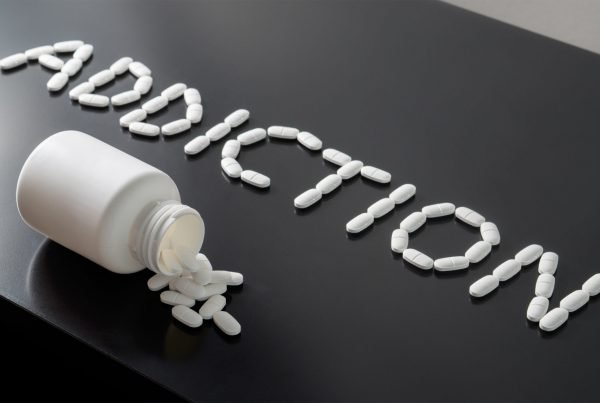 What to Expect From Residential Drug Rehab 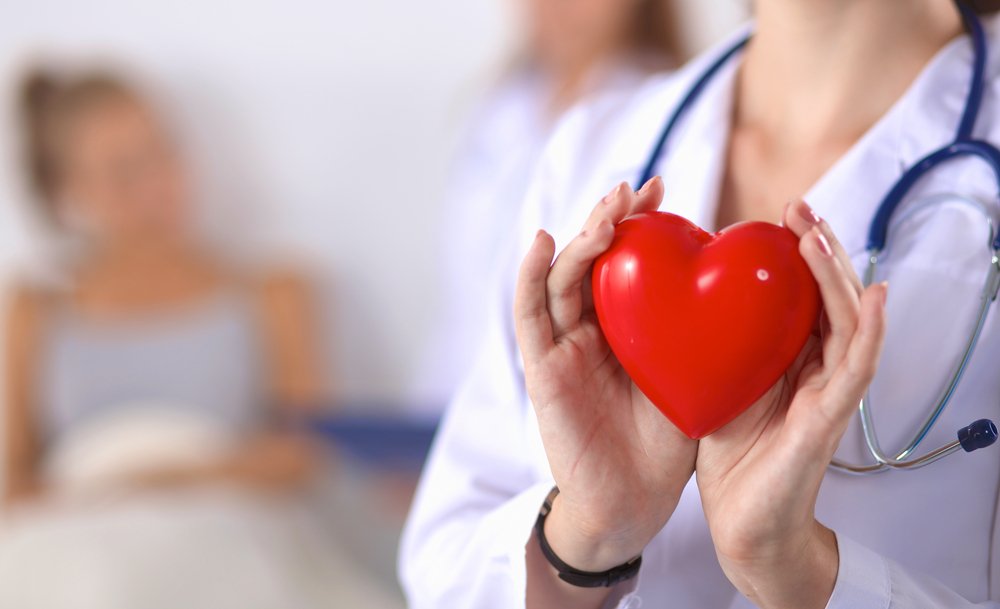 Are you listening to the language of your heart?